Ahimsa Silk: Silk with a Soul 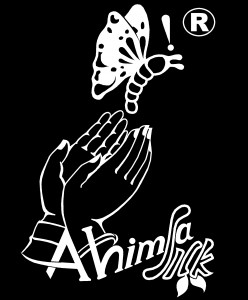 It’s possible to wear the gossamer fabric that people call silk without a prick in the conscience. A Hyderabad-based textile technocrat Mr Kusuma Rajaiah has researched and developed an innovative way of making silk that does not involve the merciless killing of thousands of silkworms. 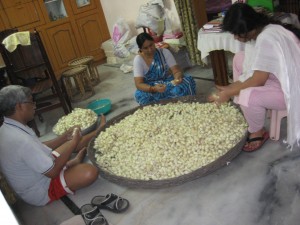 The Ahimsa silk, as Mr Rajaiah calls his silk is made by harnessing silk filaments from broken cocoons after the silk moths have flown away by piercing them at maturity. “The silk obtained involves no ‘himsa’ or violence and is thus called ‘ahimsa’ silk.” explains Mr. Rajaiah. It is named Ahimsa silk as a homage to Mahatma Gandhi, who had once asked the Silk Board to probe ways of developing silk without killing the insects.

This silk fabric is less shining than the traditional silk. But it is a lot softer and is more comfortable to wear as it has a better fall and air permeability. Mr. Rajaiah, who holds a patent for producing this innovative silk, developed the product and the technique after a decade-long painstaking research that began in 1991.

A chance meeting with then first lady President R Venkataraman’s wife, Ms Janaki Venkataraman in 1991 set him along the path. During a visit to the AP Silk Board, where Rajaiah was a technical officer, she asked for a silk sari that had been made without the destruction of silk moths. She returned empty-handed but not without sparking a thought process in the technocrat who went on to develop the unique silk. 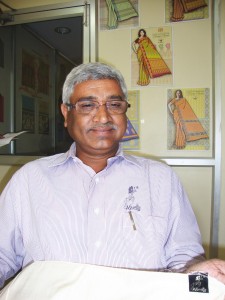 It took Rajaiah about 11-12 years to develop the technique and another four years to acquire a patent for producing the Ahimsa silk from the silkmoth Bombyx mori. This soulful fabric has been received well by thousands of animal lovers across the world – most prominently, the seers of Kancheepuram who shunned silk for its violent methods of production accepted the Ahimsa silk.

For his path breaking research and development, Rajaiah has been recognized and commended worldwide by several industrial and social institutions. His runs his business on a small scale and manages to produce up to 1000m of silk yarn a month. He will be travelling to the United States in May 2014 to receive an International Quality Summit award along with business representatives from 73 other countries, who have made a mark in their respective fields.

To meet such a follower of Gandhiji, who has scrupulously lived and abided by the Mahatma’s principles, is a rare privilege. We at Ratna Sagar, were indeed delighted to meet Mr Rajaiah, when he came to meet us at our Delhi office on March 13. His modesty and humility was not only touching but an exercise in learning for many a youngster like us, who tend to take pride in small achievements.

To know more about Mr Rajaiah and his achievements you may log on to www.ahimsasilks.com