Posted on September 5, 2014 by admin
Ratna Sagar salutes the Guru-Shishya Parampara of this ancient land of India and wishes you a very happy Teacher’s Day! 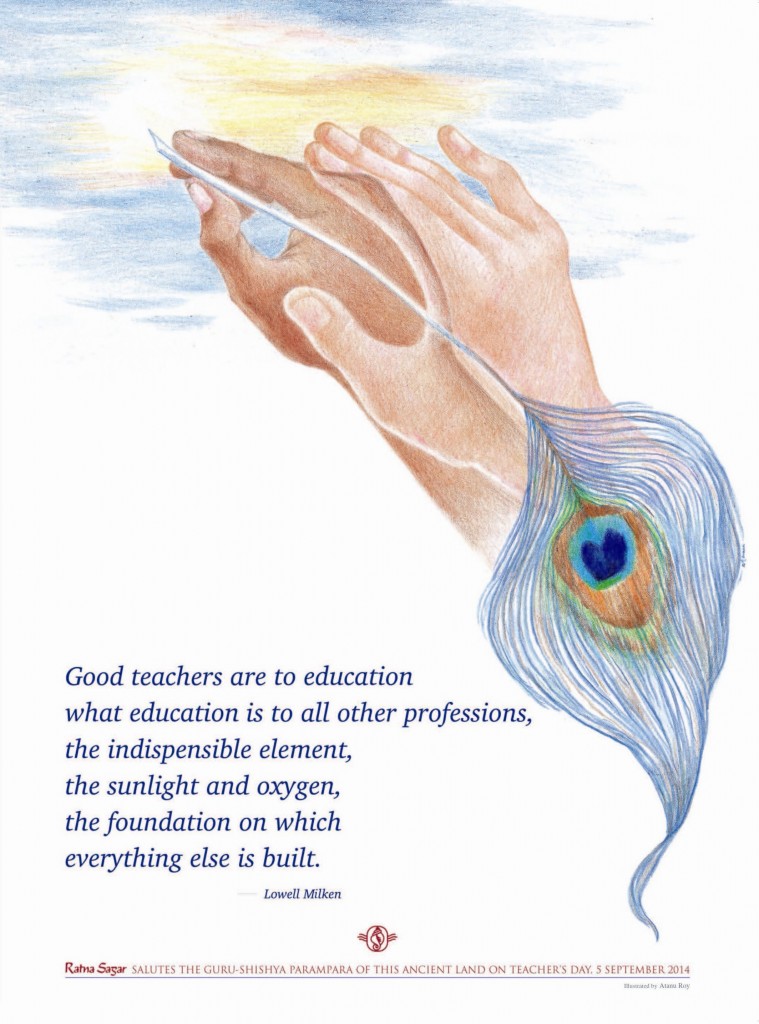 Posted in Uncategorized | Comments Off

Here is a feedback of one of our workshops…

“We are extremely happy to let you know that the workshop which was conducted for one day by Ms Sindhu Eradi was good. It was a provoking session which took my teachers on a journey through their insight and made them to set some higher goals. I express my sincere thanks to Ratna Sagar for supporting our Institution.” 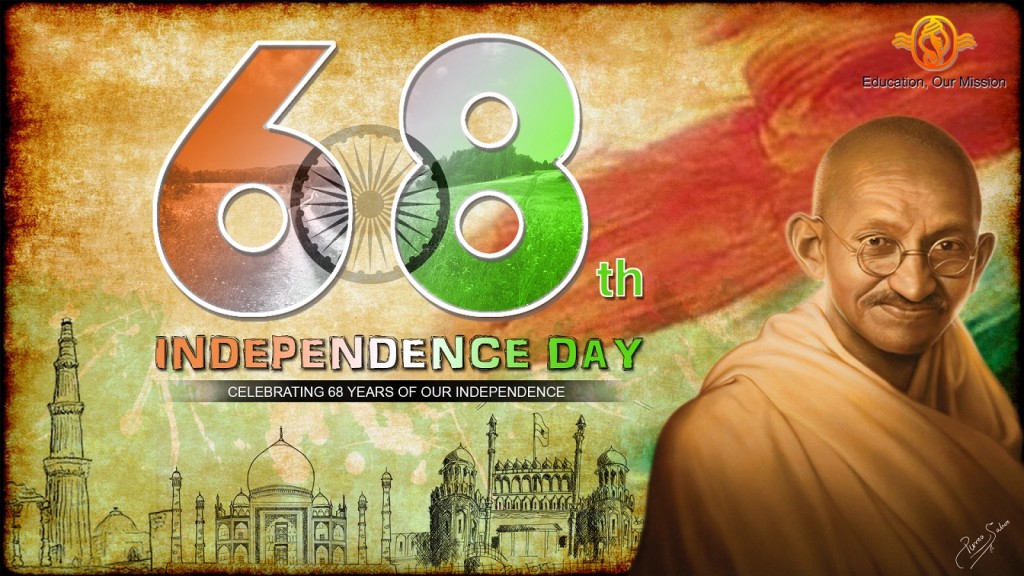 8 Ways to Teach Compassion to Kids

Here are many ways in which you can teach compassion to your kids. 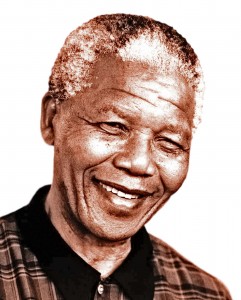 Nelson Rolihlahla Mandela’s vision for the future was a society grounded on change, hard work, integrity, tolerance and friendship. We have to carry this legacy forward.

Here are some excerpts from Mandela’s book The Long Walk to Freedom published in 1995. We should always keep these words of wisdom in our minds.

“Education is the most powerful weapon which you can use to change the world.”

“A good head and good heart are always a formidable combination. But when you add to that a literate tongue or pen, then you have something very special.”

“There can be no keener revelation of a society’s soul than the way in which it treats its children.”

Here is a feedback received for our trainer Mr Vivek Kumar who conducted a workshop on ‘Exploring Opportunities’ at SBDAV School, Vasant Vihar, New Delhi. Teachers from all the branches of DAV Delhi & NCR participated in this workshop.

“It was such a pleasure to have you as spokesperson for our workshop. I could feel that you could mesmerise our teachers by your talk and presentation. We could feel the connect you made with the teachers. It was a treat for all of us at Surajbhan DAV School.

I have learnt a lot of things from your address, may god give success in all your future presentations, and looking forward for more for teachers and students. Please convey my heartfelt thanks to Ratna Sagar for organising such a wonderful workshop for our teachers.”

How students respond to teachers 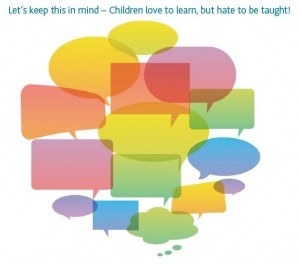 Would you empathize with students who made the following remarks?

What do children want?

They definitely want to

- learn new things – facts, concepts, how to do something.
- understand why they are learning something.
- be taught in a way that they can learn.
- to learn where they are wrong and tips on how to avoid them.
- engage multiple senses and skills in learning.
- listen, see, hear, touch, read, write, practise, do, create.
- be encouraged and be accepted as they are.

Let’s keep this in mind – Children love to learn, but hate to be taught!

Posted in Children, Teaching | Comments Off 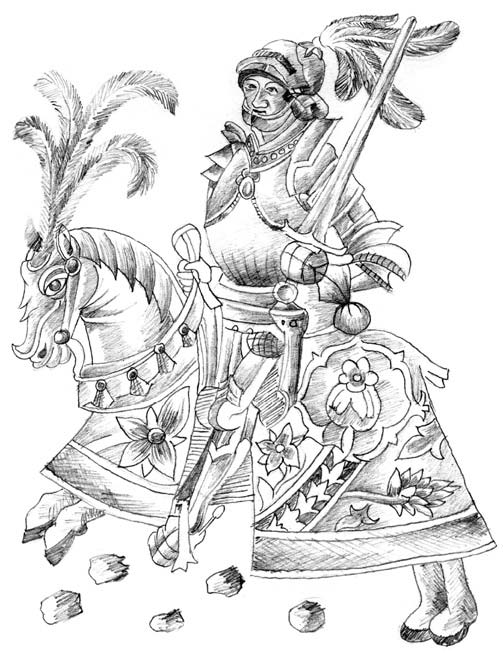 The Norman Conquest of England in 1066 had a far-reaching effect on the English language. After the Conquest, English remained the language of the country but Norman French became the language of the government, church and law courts. As a result a lot of French words were assimilated into the English language. Legal terms such as plaintiff, privilege and defendant; religious terms such as grace, service and miracle; and many other terms used in day-to-day life such as lamp, basin, castle and tower came into the language. The English language was immensely enriched by the absorption of these words. In the middle of the fourteenth century, many French words that had been used only by the upper classes became an integral part of the English language.
Geoffrey Chaucer (1342-1400), symbolizes the Middle Ages. Some of his prominent works are The Legend of Good Women, Troilus and Criseyde and The Canterbury Tales. A number of French words are found in Chaucer’s vocabulary. Chaucer uses the French method of regular metre and end-rhymes. As some pilgrims make their way from Southwark to Canterbury, each of them tell a tale to pass the time. The stories are as diverse as the narrators.
A good wife was there of biside bathe,
But she was somedeel deef, and that was scathe.
Of cloth-making she hadde swich an haunt,
She passed hem of Ypres and of Gaunt.
In all the parish wife ne was there noon
That to the offring before hir shold goon-
And if there did, certain so wroth was she
That she was out of alle charitee.
(The Canterbury Tales)
Posted in Children, ELT, Education News, General Knowledge, Ratna Sagar, Teaching | Comments Off

How do you help students to answer questions?

We thank you for being an inspiration to millions and for showing us the beauty of nature through your magical stories and poems! 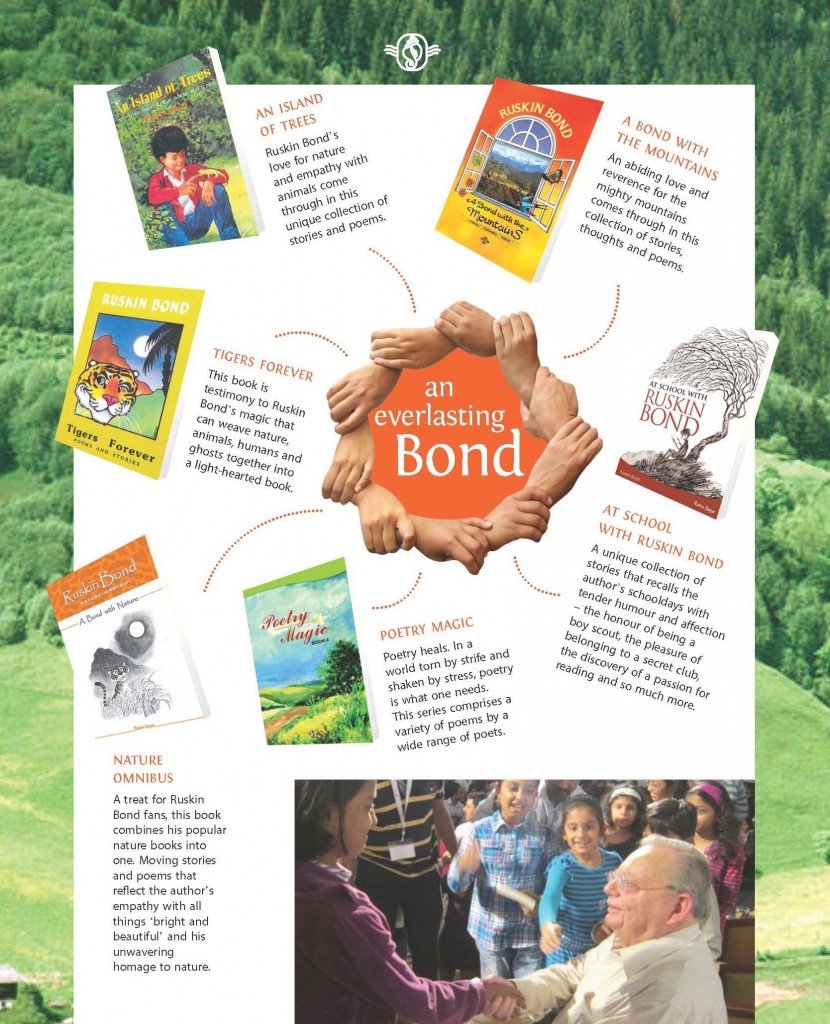